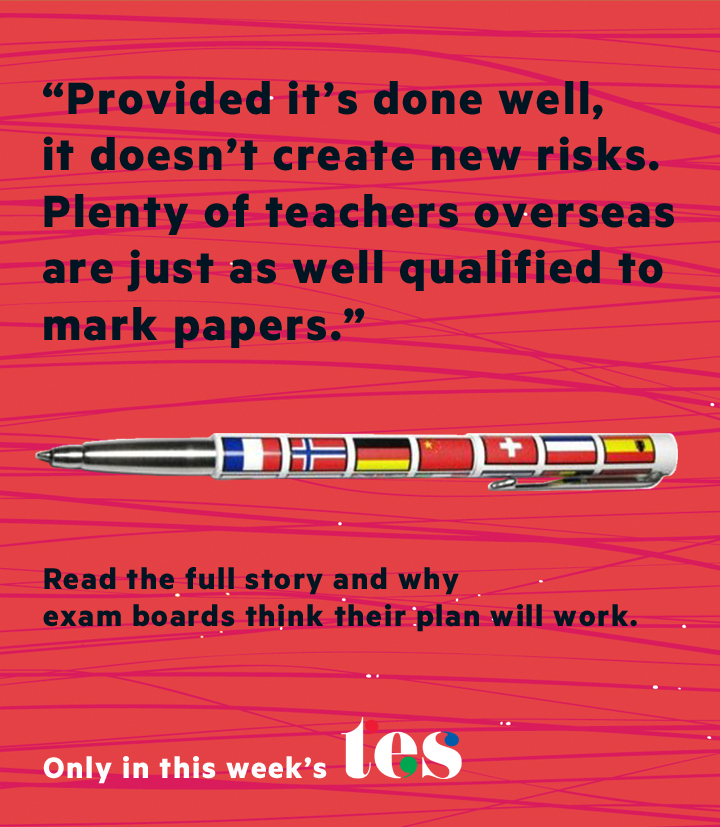 British pupils could have their GCSE papers marked in countries including Spain and South Africa by overseas teachers who may not have previous experience of the syllabus.

The plan is being considered by OCR, one of England’s three main school exam boards, to tackle a shortage of examiners, TES can reveal.

Exam board bosses say any overseas markers they use would be adaptable, qualified teachers with good subject knowledge.

OCR’s sister board Cambridge International Examinations (CIE) already uses people in New Zealand, South Africa and Spain to mark the IGCSE qualification. OCR has confirmed that it is in talks about taking a similar approach – including potentially using the same markers – for its GCSE papers.

Exam boards are grappling with a significant rise in demand for markers, because the shift towards linear, end-of-year exams has caused a spike in the number of scripts submitted each summer.

CIE’s chief executive Michael O’Sullivan, who is chairing an “examiner task force” set up by OCR and CIE’s parent company Cambridge Assessment, said the overseas examiners would have to go through the same rigorous checks as domestic markers.

To read more , look out for today’s edition of TES on your tablet or phone, or by downloading the TES Reader app for Android or iOS. Or pick it up at all good newsagents.