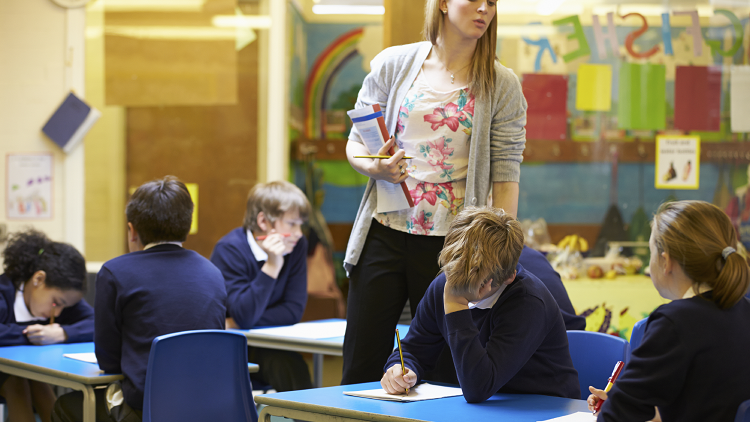 A national primary test that was accidentally published online by the Department for Education should be “scrapped”, according to heads’ and teachers’ leaders.

News emerged this week that a key stage 1 spelling, punctuation and grammar (SPAG) test had been available online as a practice paper since January.

The mistake became apparent after the first schools to take this year’s test realised that pupils had already seen the questions.

In the immediate aftermath, the Department for Education appealed to teachers to not share the content of the assessment. A spokesperson told TES on Wednesday that it was too late to change the test that is yet to be sat by thousands of primaries in England.

But Russell Hobby, general secretary of heads’ union the NAHT, said he believed the leaked test should be “scrapped” as thousands of children will already have seen it.

Mr Hobby made the comment responding to a question from journalists in a briefing ahead of the union’s conference in Birmingham next Friday.

He told press this morning that this year’s tests “serve no purpose in the education system” as schools can no longer set the standards on the tests. “It seems like a waste of time to me,” Mr Hobby said.

The union leader stressed that the government’s error was “much more severe” than other errors in the past.

Mr Hobby has also written to schools minister Nick Gibb, calling on the government to “free schools from the obligation to use this test”.

“This is a serious error that undermines confidence in the administration of primary tests and also means that we can have little faith in any standard setting exercise that may emerge from the pre-test trials,” he writes.

“It will not be possible to exclude schools from the trial to achieve a pure sample in any reliable way,” he adds.

The test was uploaded in error to the Standards and Testing Agency website as part of the exemplification materials available to schools, earlier this month.

The ATL branded the gaffe as “farcical”, adding that it was symbolic of a litany of errors by the DfE over primary assessment in recent times.

“It is farcical that material to be used in the new primary school assessments has been accidentally released online by the government agency responsible for testing,” ATL general secretary Mary Bousted said.

“The DfE’s chaotic reform of assessment in primary schools has been plagued by an unacceptable string of errors, miscommunications and delays.”

The NUT’s Christine Blower agreed, adding: “It is plain that primary assessment is in a mess, and that test results cannot be trusted to be a fair and accurate representation of children’s learning.”

A DfE spokesperson said on Wednesday: “This is clearly a serious error and we have launched an immediate investigation to understand how it happened. The material has been removed from our website. Fortunately, this is a key stage 1 test which is provided to schools to support Teacher Assessment judgments.

“The data used to judge the performance of schools and the progress children are making at key stage 1 are teacher assessment judgements. The results of these tests are not collected. Nonetheless it is deeply regrettable that it has happened.

“We ask that if anyone has seen the material, they do not share it further so that the test remains helpful for those teachers who have not yet used it with their pupils.”