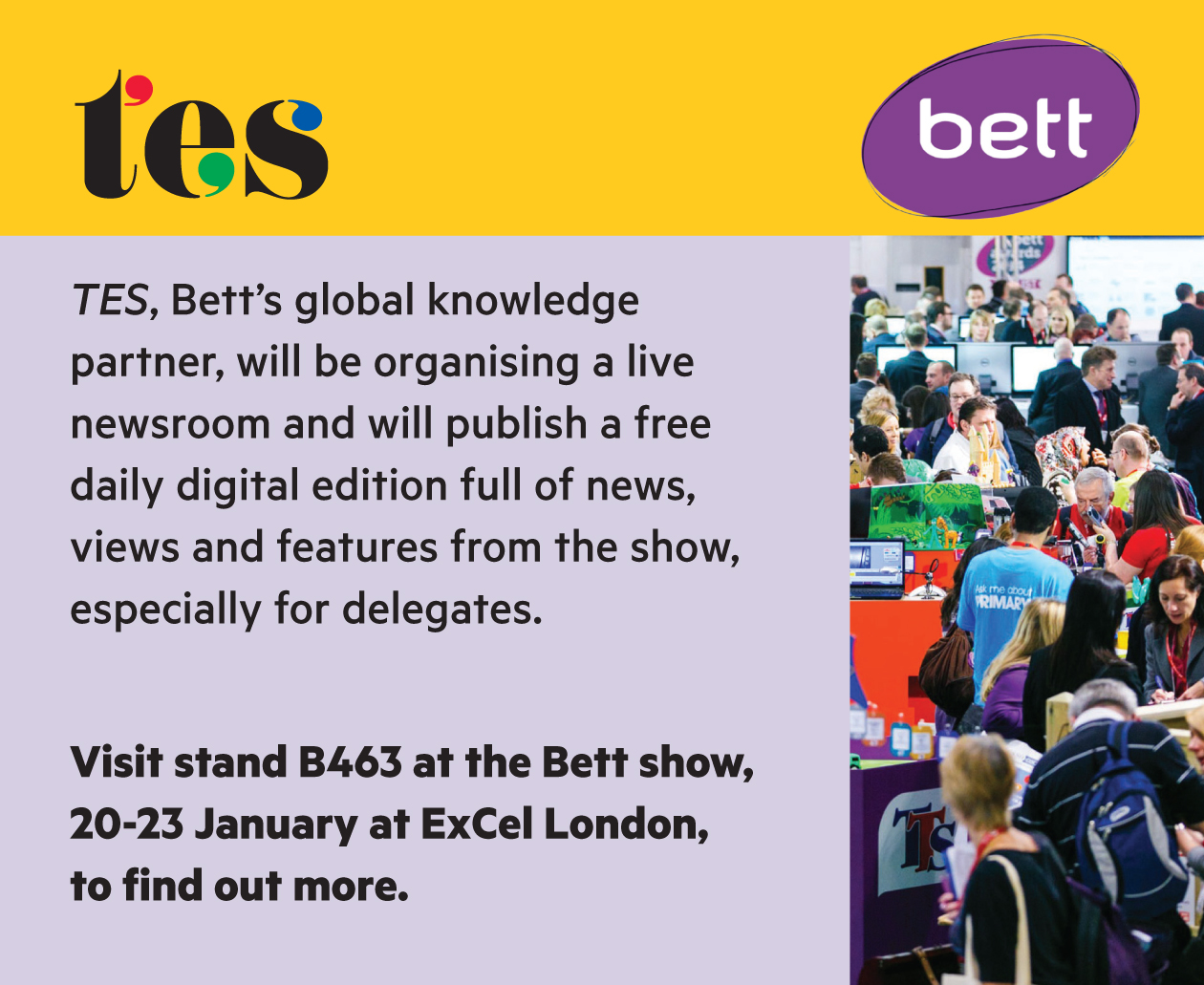 Only a quarter of UK teachers say they are consulted on what technology should be deployed in their classrooms, a major new survey has shown.

Teachers believe that cost is the biggest factor when it comes to schools and local authorities deciding what ed tech should be used, rather than which technology has the biggest effect on student outcomes, the study shows.

Of more than 8,000 teachers responding to a worldwide survey by TES Global, the parent company of TES, just 36 per cent said they were included in decision-making on technology. But even fewer UK teaching staff (25 per cent) said they had any say on what ed tech they use in classrooms.

Worldwide, nearly half (47 per cent) of teachers said budget pressures were the biggest influence on ed tech decisions. Only 22 per cent cited student outcomes as the number one reason for buying technology, while a meagre 7 per cent said teacher buy-in was the biggest factor.

Colin Hegarty, an advanced maths skills teacher and the founder of maths website HegartyMaths, said teachers needed to be at the heart of the decision-making process.

“For technology to really have the impact we all want, it needs to be designed with an obsessive focus on the theory of great teaching and learning,” he said.

“Who is better placed with this inside knowledge than a teacher? As such, teachers have a great deal of value to add to the creation of great ed tech.”

The research shows that UK teachers lag behind their US counterparts when it comes making the decisions about what ed tech should be in the classroom, with 37 per cent of US teachers saying they had a say over what tools they deployed.

Rob Grimshaw, chief executive of TES Global, said teachers were “closest to the needs and behaviours of students, so it’s not surprising they want to have a seat at the table”.

“Education tech companies, school leadership and officials must find more ways to let teachers voice their opinions, so that only the best and most effective technology makes it to the classroom,” he added.