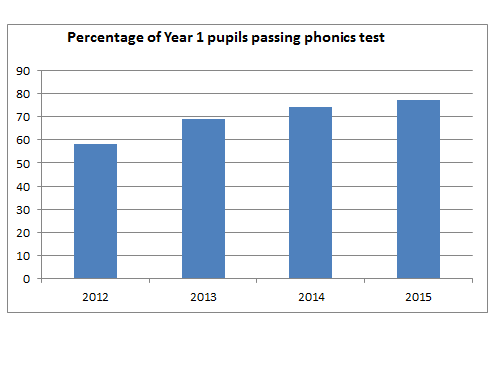 They show that more than three-quarters of 6-year-olds passed the phonics test – the third year running that results have risen.

In the test children are asked to read from a list of 40 words, which include 20 real words and 20 nonsense words.

Almost two-thirds (64.7 per cent) of pupils on free school meals passed the phonics test, compared with 79.2 per cent of all other pupils. The gap of 14.5 percentage points is one percentage point smaller than last year. 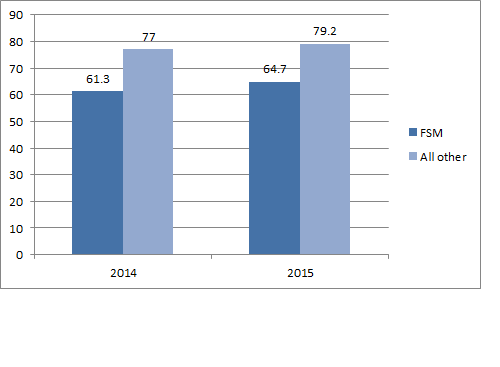 But despite the rise in phonics scores, the rise in reading scores for children at the end of Year 2 have not been as dramatic.

This year 90 per cent of 7-year-olds reached the expected level 2 in reading, the same proportion as last year. There was an increase in writing from 86 per cent to 88 per cent. Mathematics scores increased by one percentage point to 93 per cent. 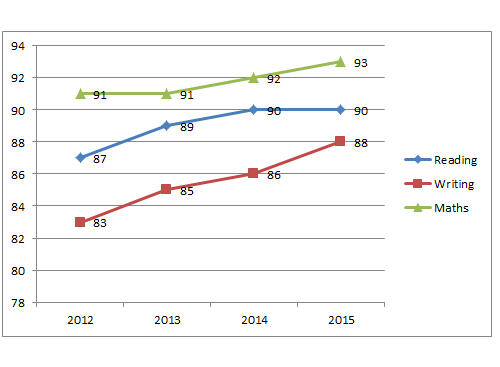 The ten authorities with the lowest results in phonics this year 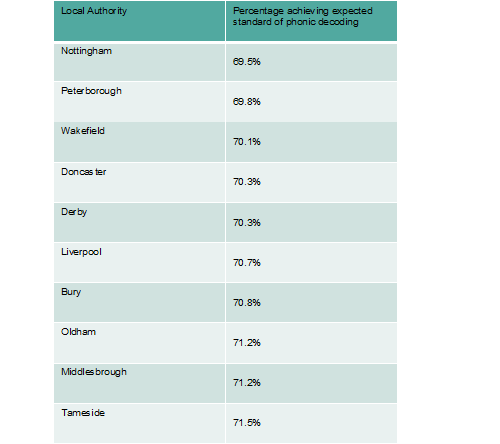