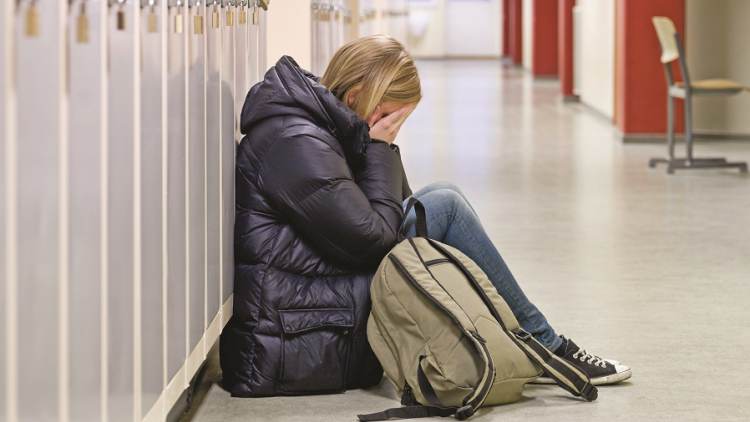 The children’s commissioner for England has called for all schools to provide counselling for pupils.

Speaking to the Commons Education Committee today, Anne Longfield said that she would support a pilot project to provide counselling in schools, adding that worried children were currently turning to the internet for help.

“Children and young people time and time again tell me that they would like to have people to talk to in schools,” she said.

“There is a real issue about anxiety,” she added. “It is a barometer of health for children. And children are clearly saying that before we get to the stage of a diagnosed mental health condition we want some help with anxiety and we want that to be in schools.”

Between 64 and 80 per cent of secondary schools in England currently have counsellors, research suggests.

Ms Longfield said that in a consultation she held with children about access to mental health services, they had told her that they were most comfortable about going to someone in school, rather than their GP.

“They were going to the internet for information and had no clue whether that information was robust or not,” she said.

But the commissioner pointed out that such a programme should not just be about “plonking individuals in schools and waiting for children to knock on doors”.

About one in 10 children is believed to be affected by mental health problems, including depression and eating disorders.

The Welsh government has made it a requirement of local authorities to provide access to school-based counselling services for children and young people aged between 11 and 18 and for pupils in Year 6 of primary school.

An evaluation of the service by the British Association for Counselling and Psychotherapy for the Welsh Government found that there were 41,138 counselling sessions attended by students between autumn 2009 and spring 2011 – with the most common reason being to discuss family issues.

In March 2015, the Department for Education in England published its blueprint for counselling in schools saying: “Our strong expectation is that over time all schools should make counselling services available to their pupils”.

The NAHT headtechers’ union has said that mental health should not be viewed as a “specialist” issue but one that affects every school on a regular basis.

“While there’s a better acknowledgement of the extent of mental illness among children and young people than ever before, the services that schools, families and children rely on are under pressure from rising demand, growing complexity and tight budgets,” said general secretary Russell Hobby. “NAHT is campaigning on mental health, after our members overwhelming called for this to be a key priority.

“Schools are only part of the picture though, and depend upon timely and effective support from experts outside the school gates. Child and Adolescent Mental Health Services [CAMHS] need to be adequately funded.”