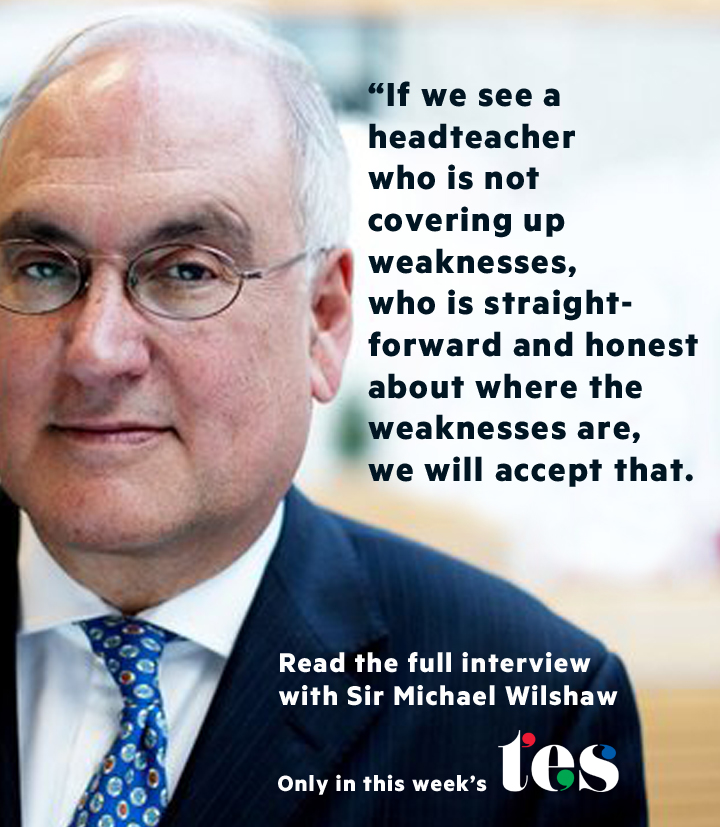 The head of Ofsted Sir Michael Wilshaw has challenged a key government policy that will force all secondary students to sit GCSEs in the core academic subjects that make up the English Baccalaureate.

Ministers have said that pupils starting school this September will be expected to study maths, English, science, a humanity and a modern language during key stage 4.

But Sir Michael has told TES that the policy will be a “problem” for some young people. He questioned whether the EBac would properly prepare every student for education after GCSEs, particularly those who wanted to undertake an apprenticeship.

Education secretary Nicky Morgan, has claimed that making the EBac compulsory for all is a matter of “social justice”.

The potential for conflict between the two most powerful figures in England’s school system is exacerbated by a Conservative Party election pledge to prohibit schools from gaining Ofsted’s highest rating if they decline to offer the EBac.

Sir Michael revealed that ministers had not yet raised the matter with Ofsted but would receive a “robust” response if they did so.

The introduction of the compulsory EBac has been criticised by a number of groups, including headteachers.

To read more from our interview with Sir Michael Wilshaw, subscribe to read TES on your tablet or phone, or by downloading the TES Reader app for Android or iOS. Or pick it up at all good newsagents.