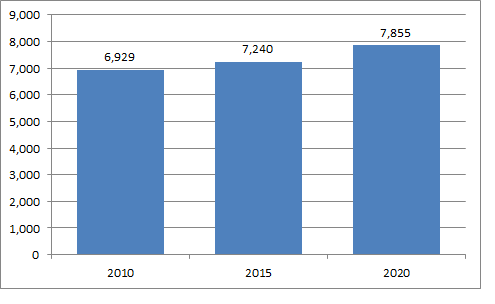 Schools are facing “a perfect storm” over teacher shortages that will threaten moves to raise standards in schools, the president of the Association of School and College Leaders (ASCL) warned today.

“There is a real danger that a system which is already under severe strain will reach breaking point and that schools will be forced to drop more courses and increase class sizes further,” Allan Foulds, headteacher of Cheltenham Bournside School said.

“This situation puts in jeopardy the huge progress that has been made by schools and undermines the drive to further raise standards.”

Mr Foulds was speaking about the issue at a fringe meeting at the Conservative Party conference in Manchester.

There was more bad news on teacher recruitment last week. Figures from the university admissions body Ucas, released last week, revealed that nearly half of initial teacher training places for modern foreign language teachers were not filled by mid September. Meanwhile, less than three-quarters of the trainees needed had been recruited for design and technology, physics and art.

ASCL has already warned that schools across the country are reporting difficulties in recruiting teachers, particularly in the core subjects of maths, English and science.

The association says the factors contributing to the difficulties include:

Numbers of pupils expected in all state-funded schools, thousands

Mr Foulds added: “The schools which are worst affected by teacher shortages are often those in the most challenging circumstances and this will impact on disadvantaged children. That is the last thing we need in terms of closing the attainment gap.

“Teachers are the lifeblood of the system and without an adequate supply of high-quality professionals, many of the government’s education reforms, such as the focus on the English Baccalaureate subjects, will founder.

“Time is running out and the government must get to grips more broadly with this critical issue.”

Mr Foulds will also urge the government to introduce a national fair funding formula for schools as soon as possible, saying the issue must not be put into the “too difficult” box.

The fringe meeting has been organised by thinktank Policy Exchange and is sponsored by ASCL. The panel also includes education secretary Nicky Morgan, journalist Fiona Millar and Jonathan Simons, of Policy Exchange. It is chaired by Ed Dorrell, deputy editor of TES.