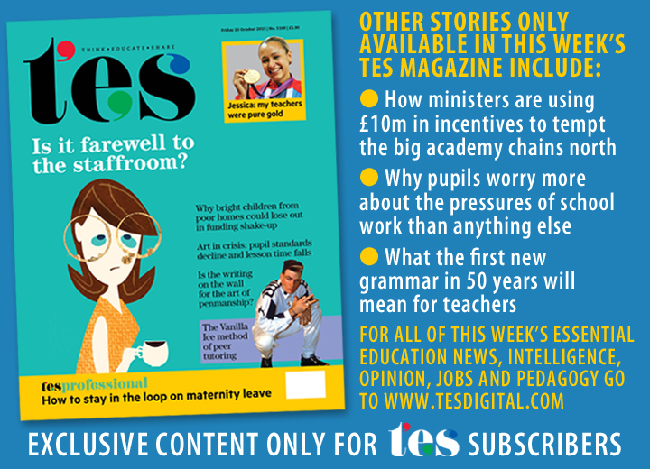 TES has seen initial findings of a survey of 853 secondary art teachers, in which 44 per cent report that lesson time allocated to art and design has been cut. And more than half (55 per cent) say that in the past five years the standard achieved by pupils when they enter secondary school has fallen.

The National Society for Education in Art and Design (NSEAD), which carried out the survey, said the subject was suffering because it was excluded from the government’s English Baccalaureate measure of core academic subjects.

The fall in standards at the start of key stage 3 has been ascribed to the greater focus on numeracy and literacy in primary schools.

Lesley Butterworth, general secretary of NSEAD, said she was “alarmed” about the findings.

A Department for Education spokesperson said: “The myth that our focus on the core academic subjects is having a negative impact on take-up of the arts was disproven by this summer’s GCSE results – the number of entries in art and design and music subjects are up by 4 per cent since last year.”

The full NSEAD report is due to be published in February 2016.