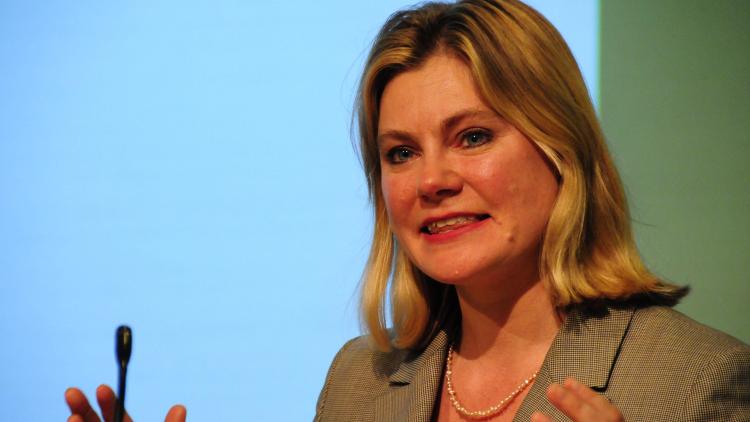 The new education secretary has spoken out in praise of “great, amazing teachers” who can excite children about learning.

But she has refused to discuss whether she will take steps to ease teachers’ concerns about cuts to school funding.

Justine Greening, who was appointed as education secretary on Thursday, said: “The times I learnt best were when I had great, amazing teachers, who could excite me about learning… Fundamentally, we need to look at what’s going on in the classroom.”

However, speaking on the Andrew Marr Show this morning, Ms Greening refused to answer any questions about whether she would take action to address the real-terms budget cuts faced by many schools. She argued that she had been in the job for only a matter of days, so could not be expected to make any policy announcements yet.

‘Making the most of people’s talent’

But Ms Greening must decide whether to release the final part of the consultation on the national funding formula within days if she is to avoid further delays to its implementation.

Instead of discussing funding, Ms Greening spoke about her own background. She was the first person in her family to go to university, and is the first education secretary to be entirely educated at a comprehensive school.

“Social mobility is something that’s characterised my personal life as well as my political life,” she said. “Making the most of people’s talent isn’t just the right thing to do – it’s the smart thing to do for our economy.”

However, Ms Greening has not ruled out the possibility that she would oversee the extension of grammar schools.

TES understands that key figures in the new prime minister’s inner circle are keen to end the ban on grammar schools and could use the existing free-schools policy to allow parents to open new selective secondaries.

“I am not going to set hares running, but I’m going to look at absolutely everything,” Ms Greening told The Sunday Times today. “I’m interested in what works.

“I recognise that children thrive in different environments. That’s why academies have made a difference because they have allowed different kinds of schools that work for children who learn in different sorts of settings.”